Patrick Hennessy, a prolific artist, created traditional portraits, landscapes, equine studies and still-lifes, but he also created works unlike anything being made in Ireland at the time. Fusing realism with a Surrealist subjectivity learned in Paris he painted human figures isolated in the landscape, male nudes and portraits of handsome African men that puzzled Irish critics who branded him ‘something of an outsider’. 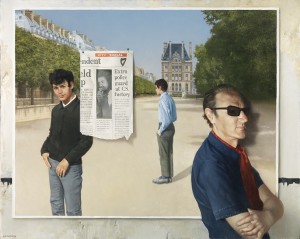 The label ‘Surrealist’ was generally used to explain-away some of his images that were not easily read. In reality many of his works were comprised of visual codes that signified clear narratives of homosexual life.
At the outbreak of the Second World War, he was part of the influx of artists and writers who returned to Ireland like Louis le Brocquy, Gerard Dillon, and the White Stag Group – led by Basil Rákóczi and Kenneth Hall. These outward-looking artists formed the backdrop against which Hennessy made his work.

Patrick Hennessy showed annually at the Royal Hibernian Academy and the Dublin Painters Society until the mid-50s and gained a level of international success having regular exhibitions in the UK and North America where he found a steady market for his work. In 1959, due to ill-health he spent the winter in Tangier, Morocco. This was a turning point in his life and career as he would spend less and less time in Ireland before finally settling in Tangier in the early 70s. 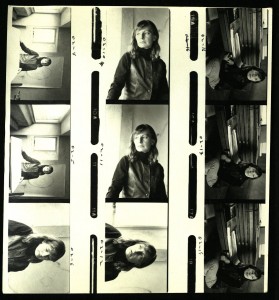 Though her career only spanned two decades, Gerda Frömel produced prolific, exceptional work. While she was primarily known as a sculptor, she displayed a wide range of skills and techniques, exhibiting both bronze-casted and carved marble pieces, as well as pencil drawings.

Her primary influences were Alberto Giacometti, Constantin Brâncuși, and Barbara Hepworth, though rather than directly quoting them, Frömel often considered them slowly and thoughtfully ‘until they were completely her own’ (Art Critic Brian Fallon).

First exhibiting in Ireland in 1956, Frömel continued to do so until 1975, the year of her death. Frömel drew inspiration for her sculptures from her own experiences: the trauma and hardship of her early years, her time in Woodtown and her interests. Though often appearing abstract, her sculptures clearly retained their relationship to the real world.