There are some marked differences in style from Hennessy’s early to later works. His early works show a use of denser paint, and some looser weaves of canvas – possibly due to the shortage and cost of good materials. In the 40s, he scoured antique shops and country house clearance sales for old frames. These he repurposed for his works – in some cases re-gilding them, in others liming and distressing them. Some of these frames which date from the eighteenth century required specialist conservation under taken by frame restorer Susan Mulhall. 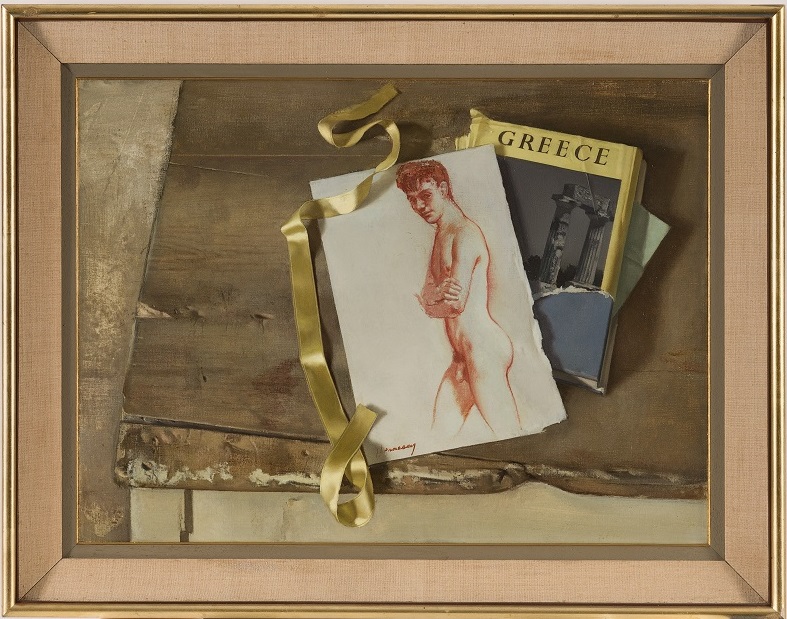 In his later work, Hennessy’s technique became more refined. Many of his works from the 1970s were made in Tangier and when finished they were rolled and posted to the Hendriks Gallery who then took care of stretching and framing of the paintings. Partly to ensure that the paint would not crack, Hennessy used increasingly thin layers of paint to execute his work. The surfaces of his painting are generally in remarkably good condition, although a number had been displayed in smoky houses and so required surface cleaning to remove tobacco staining. This included ‘The Yellow Ribbon’ from the IMMA Collection that was donated by Gordon Lambert. Mr Lambert had hung this work in one of his reception rooms and so it had more than twenty years of accretion on the surface. This and other works were cleaned by conservator Mary McGrath.